I dreamt about dead crows last night.   I was in a parking lot where there was a crow that was black, red and blue. A child kicked it and I tried to help it but it died. Then I was back in my garden where there were more dead and dying crows.   My parents laughed at me for trying to help them.

Then Athena, one of our cats, decided that she needed to wake me up, chirping and nearly rolling off the bed.

Per some dream websites, dead crows are a sign of an enemy won over, but I love crows/ravens, pretty much as I love snow leopards. My husband, who has a talent at interpreting symbolism, says it could be that the crows were people of color and I was frustrated that I couldn’t help them.

To a point, anyway. I don’t believe we were ever “great”.   At points, the country, in general, was better than it is now.

Americans committed atrocities repeatedly against the native humans here and in colonization attempts. The US gov’t ignores the treaties it agreed to. That still happens, witness the Standing Rock protests about water.

Slavery was accepted and a good part of the country decided that murdering their fellows for the “right” to own a human being was just a wonderful idea. And there are STILL have Americans who think this is fine.

Women weren’t recognized as human beings with their own rights for more than a hundred years. And there is still have no Equal Rights Amendment to the Constitution.

Many Americans just wanted to appease Hitler and other dictators as long as they weren’t bothered. Isolationists were rampant. A ridiculous number of Americans were Nazis and had summer camps about that crap in the US. So much for the “greatest generation” that had to be largely dragged into caring about the events around the world.

The police in the country default to violence in many situations because they aren’t taught any better and hiring is for those who follow orders, not those who think.

The willful ignorance and arrogance that drives the idea of exceptionalism, aka the “chosen people” is a poison. We advocate, we donate. And I wonder what’s the point sometimes? The dreams of frustration still plague me every night. 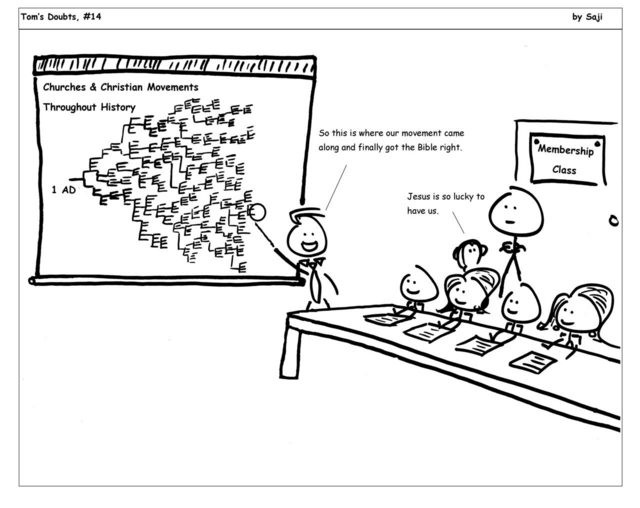 After my post about nuke craters, and Dr. Strangelove, Bill kindly pointed me to a friend of his’ website all about the B-52 and the SAC program.   There were stickers about the fictional Burpleson AFB which I just had to have.  the website also has a great sample story from the anthologies offered, which gives you an idea of how crazy it was in a B-52.

So here is my new sticker and a shot of the rest of those decorating my car. 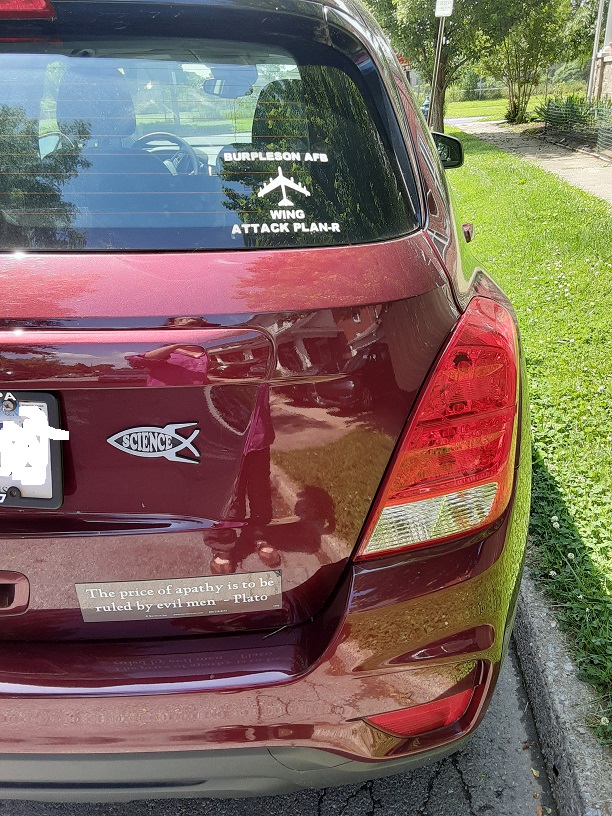 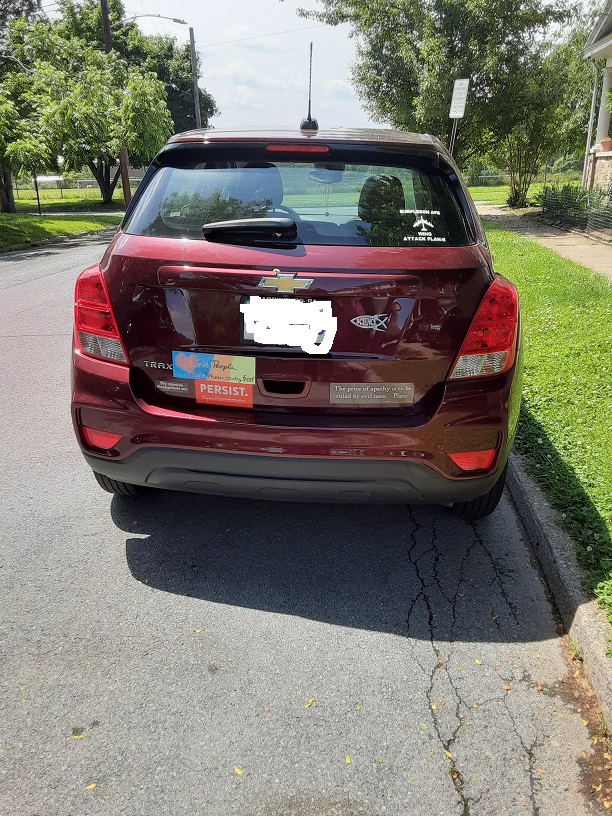