Skip to content
clubschadenfreude What the Boss likes February 19, 2013 1 Minute 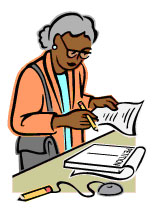 A small break for some politics by holding people accountable.  Please sign the petition here.  Sorry, my international friends, you unfortunately can’t.

“In that all evidence so far revealed supports that the Bush/Cheney administration intentionally lied to involve the US into the Iraq War, there should be an investgation into who was responsible for the useless deaths of thousands of Americans, Iraqis and citizens of other nations. Such actions are at best illegal and at worst, treasonous. People died because of these lies and those perpetrators should not be allowed to go unquestioned.”

Here in the States, Rachel Maddow has done a documentary based on the book “Hubris: The Inside Story of Spin, Scandal, and the Selling of the Iraq War”  Links for the documentary here with a good review and more of the video here if you can’t see the first.

I can remember protesting this nonsense and being considered less than an American for questioning the drumbeat to war.  Hindsight is always 20/20 but if we refuse to look then we’ll screw up again.

Now if we can just get those damned drones under control.  War by remote control may feel like war without repercussions but it sure as hell isn’t.