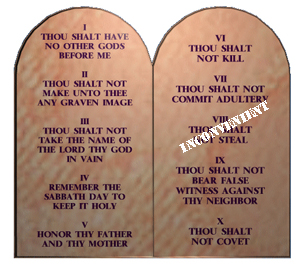 The last few days of Doonesbury have done a great job ridiculing the “war on Christmas” nonsense spread by some Christians.  But I do have to say, there might actually be a war on Christmas and what I once was taught were Christian values.  The bemusing reality is that Christians are some of the best warriors against their holiday and religion. When you get idiots like Bill O’Reilly, the blonde Fox ‘bots and David Duke agreeing on something like the “war on Christmas” and claiming that they are being “persecuted” in the US  when people don’t obediantly agree with them(and denigrating any real persecution while they’re at it) why you know the idea is full of horse poop!

There have been plenty of posts about how Christmas is nothing more than Christianity stealing all of the good parts from pagan religions, and ignoring their own holy book to shoehorn their nonsense into the winter season. That’s the low-hanging fruit, fun but not much of a challenge. This time, it’s more satisfactory to point out how some Christians do their best do show that they don’t even believe in the best parts of their religion.

As non-Christians push back against the attempts by some Christians to portray themselves as the sole owners of December and as the state religion of the USA, we find that Christians often aren’t what they claim to be.  When convenient, Christianity is claimed to be a tolerant religion, and the quotes from the bible come thick and fast:  “Do unto others”, “Take care of the least of these”.  Christians take pains to try to claim that their religion created many of the secular laws that make civilization work better, pointing to the laws in the Old Testament.  They’re wrong of course, but the religion does have these laws repeated in it and Christians use those to insist that they are law-abiding. But when they don’t get their way, we often see that those claims are not true and are simply a veneer of self-righteousness.  The hypocrisy and theocracy come out.

Take for example how some Christians think that they have a right to destroy the property of others during the Christmas season. In several states, the Freedom from Religion Foundation has put up banners in public venues where religious icons have been displayed, to give another point of view.  In some places, the Christians are so afraid of an equal playing field, that they removed everything from the public venue.

In some of these states, including Pennsylvania, we have found that Christians don’t practice what they preach. A man, Joe McDonald, thought he needed to tear down a legal display in Wilkes-Barre’s town square (a lovely place with a great fountain when it’s working).  He then put up an American flag, ignorant of how ironic that was, putting up a symbol of freedom to all when he only wants freedom for himself and his opinions.  Finally, he claimed that he did it because of the murders at Newtown, a coward’s excuse.  Can you just imagine if he had done the same to the menorah standing there?  Currently, the FFRF is waiting for Wilkes-Barre to act on the issue.  It can be understood that they may have had staffing issues because of the holidays, but if they do not fix the sign in an expeditious manner and have the police at least cite the young man, then they demonstrate that concerns about equal rights for non-Christians are indeed valid.

Quite a “Merry Christmas”.  Some Christians are so very selfish, greedy and afraid that they have taken it up on themselves to steal, sometimes by outright taking the banners and sometimes by simply damaging them, and wasting funds of the municipality they were in by requiring law enforcement investigations and replacement of the banners to their former locations.  They are thieves and cowards, who went out of their way to ignore their own religion and to abuse the flag of the nation in their greed to declare that the US is only for Christians.  I am sure that they have told themselves that they did it for their god, but alas for them, their god/bible has never said “oh, as long as you do it for me, intentionally sinning is just fine!” It certainly says follow the laws of your country no matter what.

I know that many Christians will be offended, and will insist that those people who intentionally ignore their religion simply can’t be TrueChristianstm.  I would agree with them but for a few things.  Christians claim many things that disagree with the next Christian; there is no retribution from a god for misrepresenting it; and none of you can show that you are the best and only real representative. I have no respect for your religion or your claims because of these things. What I would respect is if Christians would stand up and say loudly that they do not agree with the actions of their fellow Christians when things like this happen.  If you don’t speak out, then please do not complain when you are painted with the same brush as they are. It is the appearance of tacit acceptance that contributes to your crazier brethren continuing in their antics. They think you support them.  Do you?