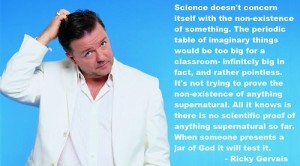 Today we have two great columns from The God Squad (can you be a squad if you are only one guy?) and Billy Graham.  The arguments are so poor in both that only together do they provide enough fodder for one post.  Since I know I have quite a few Christians following my blog, I invite you to comment on these columns here.  I also ask, that if you ever use my posts as source material for your own (and please feel welcome to do so), that you please let me know.

First up, we have Rabbi Gellman addressing that age-old question: Are women and men spiritual equals? If they are, and a woman has a calling, why shouldn’t she be able to fully participate in the (Catholic) Church and be a priest?  Well, if we look in the bible, either the OT or NT, the answer is *no* men and women are not equals.  Some Christians claim they are and cite the bible; some Christians don’t and cite the bible. We get treated to the rabbi’s version in his column.

The person asking the rabbi if women were equal cited a quote (the bolded part) from the rabbi about the new pope in reference to his question. Rabbi Gellman says he “loves” the Catholic Church.  Hilarious, I know since the Catholic Church is sure that he’s going to be tortured in hell.   The rabbi said this about Pope Francis:

“So what I pray is that Pope Francis loves tradition, not because it’s old, but because it’s true. Old practices that are true but unpopular need to be preserved. Old practices that are just old and not true need to be let go. The only way to distinguish between them is to have a firm grasp of eternal truth. This is the hardest task. Therefore, I hope the new pope is a wise man.”

Why, if the rabbi loves the Catholic Church, he doesn’t need to “hope” that the pope is a wise man.  If Gellman loves the church, I would think he would have to believe that his god is at work there and would never put someone “unwise” in the position of pope.   But since the good rabbi isn’t a Catholic, I seem to sense some doubt about how great the Catholic Church is.  The rabbi also must doubt that the Catholics have a “firm grasp” of the “eternal truth” since the rabbi isn’t running to be baptized into the RCC.

We have the rabbi saying that somehow he and the Catholic Church *know* what traditions to keep and which to throw out.  This, if you’ve been reading this blog, is known as pulling out the magic decoder ring.  Each theist has one, and it gets applied to what this god has supposedly said and the opinion of the believer on what this god “really” meant.

The rabbi is certain that the refusal of the Catholic Church to allow women to be priest is “important and authentic” which one would assume means “is from this god”.  However, he doesn’t feel that the same censure of women in the orthodox version of his religion is “important and authentic”. Why?  Because he wants his daughter to have the same chances as his son.  Rabbi Gellman has decided that he can ignore his holy book when he doesn’t like it.

He insists that having an all-male priesthood doesn’t “really” mean that women are less holy than men.  My goodness, he is sure that it doesn’t even “imply” this.   He claims that women are made “equal” in the image of this god, but as anyone who is familiar with the bible can tell you, that depends on which version of the genesis story you want to claim is the “real” one.  Of course, the rabbi doesn’t mention one peep about Paul and how Paul said that it’s god’s will that women never teach men, never speak in church, etc.  That would be rather bad for his argument.

He also makes the false claim that nuns only “really” lack the ability to consecrate the host but honest, they’re just about like priests so why quibble?  He does “forget” that they also can’t marry people, they cannot speak the sermon, etc, etc.  The rabbi just doesn’t understand why a woman wouldn’t just take what’s offered to her and keep quiet.  But the rabbi doesn’t stop there.  He’s sure that unlike men, women priests will simply be unable to not want families and then where would the celibacy be?  Those silly “familial and nurturing” women, per the rabbi, they are unable to remain celibate (you know, except for those nuns but don’t confuse the rabbi here).  Oh, the rabbi says he thinks the whole celibate thing is silly but golly, it could cause some “problems” if it were abandoned.  He of course can’t actually tell us what these problems are but trust him when he says the sky will fall.

Sigh. I guess vague claims of disaster are all you have when believing in an imaginary being.   Let’s go on with that imaginary being in the next column.

The questioner said that the service was about the dead person and how others should emulate her.  This seemed to not be enough and the questioner needed to have her beliefs front and center.  Unsurprisingly, Mr. Graham claims that if there is no mention of his god, then this absolutely means that those people who didn’t mention it are going to hell since they “in reality” have to believe that this life is all there is.  It’s amazing on how Mr. Graham thinks he can read minds, eh?

Mr. Graham uses the old fear generator “oh noes, this life is all there is and golly you might not be remembered after you are dead.”  That speaks volumes about the selfishness of so many theists. It’s all about them, though they would have you believe it’s all about their religion.  Mr. Graham quotes 1 Chronicles 29 in an attempt to make us fearful:” Our days on earth are like a shadow, without hope.”  It’s always good when Christians run back to the OT for the doom and gloom but then conveniently ignore the laws back there. It is this dependence on generating fear that makes religion so unpalatable to me.  My life is anything but shadow without hope.

Mr. Graham says that to avoid this “hopeless shadow” one must worship his version of his god.  He assures the questioner that lives are so very different if one does this, but alas for him, this is not true at all.  We see no benefit from following one religion over another or following any religion at all.  So what if we are here by physical laws and don’t have a god that created us?  What does it say about a man who says that the*only* purpose of humans is to endlessly worship god for eternity? What does it say about a god that needs this?

Mr. Graham claims that his nonsense is true because JC existed.  Well, Mr. Graham, you might need to work on that since that hasn’t been shown to be true either.  A fear based on an imaginary being isn’t much to live a life with.  Be empathic to your fellow man, help him when you can and don’t waste the time and money on religion.  The only “shadows” to be afraid of are those that humans can cast themselves and the only light we have is our own, not useless gods.  It’s time we grew up and accepted that responsibility.

Postscript: I removed the Jefferson quote poster and replaced it. It is largely correct but the quote on the poster is evidently not completely authentic.  One can see the actual quote her: http://www.monticello.org/site/jefferson/superstition-christianity-quotation  “”Difference of opinion is advantageous in religion. The several sects perform the office of a Censor morum over each other. Is uniformity attainable? Millions of innocent men, women and children, since the introduction of Christianity, have been burnt, tortured, fined, imprisoned: yet we have not advanced one inch towards uniformity. What has been the effect of coercion? To make one half the world fools, and the other half hypocrites. To support roguery and error all over the earth.”