Unsurprisingly, we have yet ONE MORE investigation that shows that the Roman Catholic Church has aided and abetted the rape and abuse of children. This is now in the diocese about an hour’s drive from the state capitol Harrisburg.

My spouse asked: Why no RICO prosecution? Well, it’s evidently because there is no singular entity that represents the Catholic Church in the US, though the RCC claims that they are all one happy family ruled by one man. So, yep, we get to see that the RCC uses the same dodges as any good mafia don. Now doesn’t this sound familiar “An archetype [of a racket] is the protection racket, wherein a person or group indicates that they could protect a store from potential damage, damage that the same person or group would otherwise inflict, while the correlation of threat and protection may be more or less deniably veiled, distinguishing it from the more direct act of extortion.” – https://en.wikipedia.org/wiki/Racket_(crime)    Hmmm, nice soul we told you that you have, wouldn’t want anything to happen to it… The claim has been also made that the RCC isn’t in the “business” of harming children, but funny how it uses its resources to hide this action, just like any “honest businessman”.

I know some of my readers are Catholics. I have some questions for you:

Why does this god do nothing at all?

Do you really think that the children weren’t praying?

Where is the holy smiting that this god used to do without any care for “free will”?

What about the free will of the children?

(of course these questions can apply to any religion that has its leaders abusing others.  I’m sure Catholic bashing Christians will be ever so sure that their nonsense is so much better, happily ignorant of what their fellows do.)

One could make the argument that the priests prayed to see if this god was okay with this, and since this god does absolutely nothing, decided that this was their god giving its tacit approval, as many Christians do when wanting to do something that they aren’t sure if their god will approve of.

I wonder, where does Senator Pat Toomey (a Roman Catholic) stands on prosecuting the RCC with his sponsorship of a sex offender law? Well, he is all about removing sexual predators from public schools, but it’s striking that he doesn’t mention religious institutions at all. Indeed, read this excerpt from Toomey’s own website “The Toomey-Manchin legislation provides that any state receiving federal education funds must perform criminal background checks on all school employees who have unsupervised access to children. This includes substitute teachers and coaches, who are often hired as contractors.

The bill forbids schools from hiring a teacher who has committed certain crimes, including any violent or sexual crime against a child. Moreover, the bipartisan legislation bans the horrible practice of a school helping a child molester obtain a new teaching job at another school-a practice so common that it has its own moniker, “passing the trash.”

Now when will believers cease excusing their religion and their god?

Not particularly on topic but isn’t this great 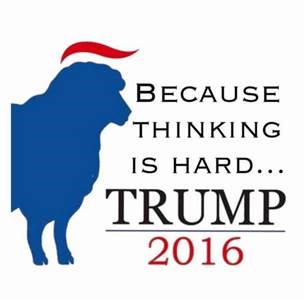 41 thoughts on “Not So Polite Dinner Conversation – yep, one more abuse scandal – here in PA”