We’re deep in it now. The sad little orange man has been inaugurated thanks to the ignorant and fearful and greedy who have sold their honor and responsibility for false promises.  Update:  The women’s march is doing quite well. Poor Donnie, he doesn’t react well to reality. What will TwitterFuhrer do?

Donald J. Trump, still is trying to spread those lies and spread that fear. Fear and greed is what fascism and totalitarianism grows in. Willful ignorance is what fertilizes it. Trump’s inaugural speech was nothing but lies, intended to spread fear. He claims that the US is in shambles, that “carnage” reigns in our streets and that simply isn’t true. He need people to believe though, because he can’t get his way if people stand strong and say “no”.

The US does have its problems, like any other country. However, we’ve always gone forward and have shed the shackles of our ignorance and fear, albeit slower than I would wish. Now we have to stand up against men and women who would wish to return us to the bad old days. They intentionally lie to us, trying to take away our right to make informed decisions on our own. They want obedience and no one to speak against them. They want the truth hidden, so people will believe them without question.

They can’t stand the truth, so they try to punish those who speak it. A National Park Service employee retweeted true tweets that showed how small the crowd was for the inauguration and this was termed not sympathetic to the president. It was also noted that the new administration stripped the White House website of any LGBT, climate change and health care webpages (snopes has the lowdown here. And it again shows that the transition team for Trump is utterly incompetent since they had nothing to put up). This was also declared not sympathetic to the president. The account was shut down with claims of urgency.

It has been reopened with the understanding that everything depends on the confirmation of Trump’s nominee, Rep. Ryan Zinke, who is of course supports mining, oil, loggin, trophy hunting, etc on public lands, and wants to transfer public lands to states, so the federal laws concerning wildlife, clean water and clean air don’t apply: anything but what his supposed hero, Teddy Roosevelt would have approved of.

The truth doesn’t have to be sympathetic, it is what it is. And it is in everyone’s interest to constantly point out the false claims and lies told by anyone, but especially when its someone in power.

“It is the eternal struggle between these two principles — right and wrong — throughout the world. They are the two principles that have stood face to face from the beginning of time, and will ever continue to struggle. The one is the common right of humanity and the other the divine right of kings. — Abraham Lincoln, October 15, 1858 Debate at Alton, Illinois

“7 Excellent speech becometh not a fool: much less do lying lips a prince.” – Proverbs 17 (KJV)

One might think that some of those Christians who voted for Trump might consider one of the few admirable things about their bible. 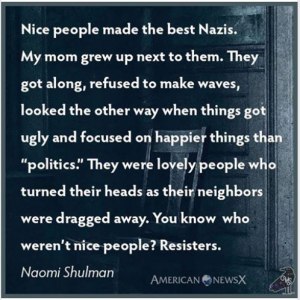