(note to my readers: if you followed this blog for food and travel, you may want to skip this post.  It is my unvarnished views on politics and religion) 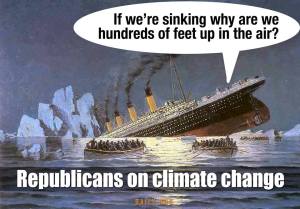 I believe in contesting the lies of bullies and cowards at every turn. Susan Stamper Brown is a conservative Christian opinion writer. In that, we can expect her to be as deceitful as possible in her writings and her attempts to have her very own “facts”. In her recent opinion piece “Global Warning Alarmist Need to Lose the Arrogance”, she has tried to claim that one shouldn’t assign blame to humanity for natural disasters and complains when comedians point out that the theists, who have repeatedly threatened anyone who didn’t do as they wanted, suffer from these disasters too.  She whines about how dare they make natural disasters “leftwing attack dogs”.   (she also is a coward on Facebook, inventing her own echo chamber, but she can be reached at writestamper@gmail.com as per the link above)

Now, how many times have we heard threats about natural disasters from TrueChristians™?

Many Christians have made these threats often, with a local example of how Pat Robertson claiming that Dover, PA would have “problems” after removing creationism from its schools: “God is tolerant and loving, but we can’t keep sticking our finger in his eye forever. If they have future problems in Dover, I recommend they call on Charles Darwin. Maybe he can help them.”

Pat also claimed that the Haiti earthquake in 2010 was a result of this god of his getting rather late revenge on Haitians since they rebelled against slavery. Jerry Falwell is famous for claiming that the 9/11 attacks were the fault of people not obeying his god, and once called on it apologized for his false claims. Since he said similar things after this, his apology was not something to take seriously. Franklin Graham, son of the evangelist Billy Graham, claimed that Hurricane Katrina was punishment. The American Family Association claimed that Hurricane Isaac was punishment.

Of course, the best in irony is that Tony Perkins, leader of the Family Research Council, an anti-LGBT group, had his house flooded in a hurricane after claiming that natural disasters were punishment for non-Christians. He claimed that natural disasters were “God is trying to send us a message.” When he was agreeing with Jonathan Cahn who claimed that Hurricane Joaquin would hit Washington DC. Let’s see what exactly was said (transcript from http://www.rightwingwatch.org/post/jonathan-cahn-hurricane-joaquin-may-hit-dc-as-punishment-for-gay-marriage/)

Perkins: What’s interesting about that hurricane [Joaquin] is it has its sites set on the East Coast going in to possibly into our nation’s capital and into New York

Cahn: which is where our leadership is. I’m not being political but Jehoiakim is a king that opposed the word of God [Joaquin is version of Jehoiakim] in all these things, just to mention that in the last three months we have crossed a gigantic line. We have overruled the word of god massively.

(he goes on to mention abortion, and marriage and acts of desecration, and rainbows)

Perkins: All of these things are quite amazing when you look at them collectively. (earlier in the recording he and Cahn mention hurricane Joaquin and the Palestinian/Israeli issues and claiming that they were a sign of this god’s wrath starting at around 1:18 in the recording) I’ll just say this, Jonathan, that there are are those that, uh, on the left that like to mock these things… America has a history of … our leaders actually, our president, our governors, when these things have happened in nature like hurricanes, like all of these external events, that put our nation at risk… There is a long line of historical tradition where we, not so much in recent years, but they had stepped back and said “Is God trying to send us a message?”

No surprise that Tony has ignored his own claims of theodicy and now lies intentionally with his press release on the FRC website (it’s rather funny that he has it that one can’t copy and paste his comments but I’m happy to use WordPad to circumvent such silliness.) “Deceptive claims are being circulated on the internet that put words in my mouth about God’s role in natural disasters and what causes them. Those claims are inaccurate. What I have said, which I repeated yesterday in a sermon at Greenwell Springs Baptist Church, is that I don’t know what was behind this flood or any other natural disaster. However, as a follower of Jesus Christ, I believe the Bible which makes clear that God is sovereign over the elements of nature and can and does use them for His purposes.”

­­It seems that conservative Christians are very poor liars and they don’t quite grasp that recording media exist.

Ms. Stamper Brown has had no problem with joining with these conservative Christians using natural disasters as “rightwing attack dogs” in their failed threats.  (I don’t recommend following that link, because it only leads to more lies by our lovely TrueChristian™ )

In this opinion piece about climate change, Ms. Stamper Brown doesn’t change her stripes at all and also tries to claim that research done in the Black Sea by Dr. Robert Ballard is evidence for the biblical world-wide flood that covered all mountains on earth (a depth of 5 miles) and killed all animals and humans except for a boatful (how *did* those koalas make it?).  Dr. Ballard never said that this discoveries were “traces of an ancient civilization hidden underwater since the time of Noah” as Ms. Stamper Brown falsely tries to indicate. That is a quote from an ABC News story in 2012 that was not said by Ballard. During that time period Ballard also said to the Guardian newspaper, “We really cannot say in any way, shape or form that this is the biblical flood. All we can say is that there has been a major flood, that people were living here when it happened. We prefer to stick with the facts -and who knows where those facts will lead us.” The flood claimed, in the Black Sea and covering 150,000 square kilometers (approx. size of Caspian Sea), is not the biblical flood.

Ms. Stamper Brown would hope that no one notices her convenient omissions or that other Christians don’t agree with her either, including Creation Ministries International, the Institute for Creation Research and Answers in Genesis, the organization by Ken Ham who has the ark and creationist museum in Kentucky.  Christians don’t even agree when the flood may have happened or if it happened at all.

Ms. Stamper Brown insists it is arrogant and ignorant to cast blame for natural disasters on people via anthropogenic climate change, though this is repeatedly supported by evidence. She wants to put that blame on a god, hoping that it harms those who disagree with her. She has chosen to make false claims and is left making personal attacks, where you can just feel that ChristianLove™.

Ms. Stamper Brown may have her opinion but she cannot have her own “facts”.  And of course, not all Christians agree with her, but I suspect anti-Catholic too.