Skip to content
clubschadenfreude not so polite dinner conversation, Uncategorized May 29, 2018 7 Minutes 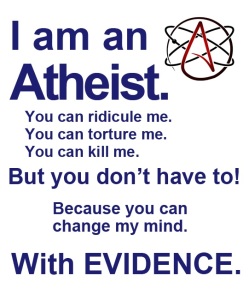 In my last post, I wrote about abortion rights. I haven’t heard anything from any abortion opponents yet to answer my questions. However, I did note that the pastor I addressed has two questions for health choice advocates to answer on his blog. Unsuprisingly, Pastor Dave does not allow comments on his website. You can contact him through his contact page (complete with false claims about commenters being “aren’t so much interested in engaging thoughtfully” and bearing of false witness as commenters are not “genuine”, offered as excuses) , but it’s random if he bothers answering or not. I find it telling that I have no problem in allowing comments and that a pastor does.

The pastor has these two questions.

Dave believes that life begins at conception. Why? Because the bible tells him so. He also claims that “science and ethics point us”. Ethics has nothing to say about when life begins. And science doesn’t support his claim either. The concept of when life begins is still debated. Why he chooses to make unsupported claims is beyond me, other than to spread misinformation for his own benefit.

A fertilized egg cannot live on its own without support. Indeed, myriads of fertilized eggs never make it to the implantation stage and are simply expelled from the body. Myriads are aborted later by the failure to be viable. If it is killing when a fertilized egg is expelled, then this god is responsible for a very very large number of killing “children” as the anti-abortion folks want to claim per their own argument.

Dave, along with a lot of people against healthcare choice, quote the following: ““The scientific answer is that the embryo is a human being from the time of fertilization because of its human chromosomal constitution. The zygote is the beginning of a developing human.” Keith L. Moore, T.V.N. Persaud, Mark G. Torchia, Before We Are Born: Essentials of Embryology, 8th edition. Philadelphia, PA: Saunders, 2013. p.327 (happily Amazon’s look before you buy has this excerpt)

What they don’t quote is the information around this, demonstrating the usual intent to spread misinformation: “There are differences of opinion on when an embryo becomes a human being because opinions are often affected by religious or political views. The scientific answer is that the embryo is a human being from the time of fertilization because of its human chromosomal constitution. The zygote is the beginning of a developing human. Some people think that the embryo becomes human only after birth”.

This god doesn’t even consider them human beings, considering its commands here:

“When people who are fighting injure a pregnant woman so that there is a miscarriage, and yet no further harm follows, the one responsible shall be fined what the woman’s husband demands, paying as much as the judges determine.” – the punishment for killing a human being is not applied.

“15 Enroll the Levites by ancestral houses and by clans. You shall enroll every male from a month old and upward.” Males less than one month old are not considered human beings to be counted in a census and females aren’t to be counted at all.

Now, Dave goes on to excuse this god because of the classic “might equals right” argument. It’s okay for this god to murder children for the sins of their parents. It’s fine to kill women who are with child during this god’s genocides.  So much for Dave’s claim of “The Christian Gospel points to a God who unconditionally loves us and through Jesus’ death on the Crosstakes away all our guilt and covers our shame.”  Quite a few conditions given by this god, and it certainly doesn’t love those who don’t obey it.

And it’s mighty fine to harm a woman and her fetus if the husband is jealous. No evidence, just jealous.

16 Then the priest shall bring her near, and set her before the Lord; 17 the priest shall take holy water in an earthen vessel, and take some of the dust that is on the floor of the tabernacle and put it into the water. 18 The priest shall set the woman before the Lord, dishevel the woman’s hair, and place in her hands the grain offering of remembrance, which is the grain offering of jealousy. In his own hand the priest shall have the water of bitterness that brings the curse. 19 Then the priest shall make her take an oath, saying, “If no man has lain with you, if you have not turned aside to uncleanness while under your husband’s authority, be immune to this water of bitterness that brings the curse. 20 But if you have gone astray while under your husband’s authority, if you have defiled yourself and some man other than your husband has had intercourse with you,” 21 —let the priest make the woman take the oath of the curse and say to the woman—“the Lord make you an execration and an oath among your people, when the Lord makes your uterus drop, your womb discharge; 22 now may this water that brings the curse enter your bowels and make your womb discharge, your uterus drop!” And the woman shall say, “Amen. Amen.”

23 Then the priest shall put these curses in writing, and wash them off into the water of bitterness. 24 He shall make the woman drink the water of bitterness that brings the curse, and the water that brings the curse shall enter her and cause bitter pain. 25 The priest shall take the grain offering of jealousy out of the woman’s hand, and shall elevate the grain offering before the Lord and bring it to the altar; 26 and the priest shall take a handful of the grain offering, as its memorial portion, and turn it into smoke on the altar, and afterward shall make the woman drink the water. 27 When he has made her drink the water, then, if she has defiled herself and has been unfaithful to her husband, the water that brings the curse shall enter into her and cause bitter pain, and her womb shall discharge, her uterus drop, and the woman shall become an execration among her people. 28 But if the woman has not defiled herself and is clean, then she shall be immune and be able to conceive children.

29 This is the law in cases of jealousy, when a wife, while under her husband’s authority, goes astray and defiles herself, 30 or when a spirit of jealousy comes on a man and he is jealous of his wife; then he shall set the woman before the Lord, and the priest shall apply this entire law to her. 31 The man shall be free from iniquity, but the woman shall bear her iniquity.

This god has the right to kill anyone and anything because Dave believe it created them and creators have the unquestionable right of destruction. I suspect he might disagree with this when it comes to the church he preaches from, a hospital, the roads through his local town, etc. It becomes no more than special pleading on Dave’s part. It is only hypocrisy when these self-declared “pro-lifers” insist how bad abortion is. Might equals right is all they care about. Funny how even this god doesn’t believe that the fetus is made in its image, or it doesn’t care. Yep, Dave, you don’t get much more vulnerable than a fetus. Now, why does your god destroy so many if we are to believe your bible? So much for your plea for “struggling emotively”.

Considering the vileness of what you claim to believe, Dave, I know that I am far more committed to improving medical care for women and indeed everyone than you are, when you have made false claims about how allowing abortions somehow interferes with medical progress.

I am far more committed to protecting women from the bullying, abuse, sexual violence than you are since you have chosen to lie to women about abortion.

I am far more committed to standing up for asylum seekers who come to escape abuse, torture, rape and FGM from people who concur with the vile laws in your bible that you claim your god came up with.   Your god repeatedly approves of the murder of women, the murder of women who are raped and who didn’t scream lough “enough”, and forcing women to marry their rapists. It approves of enslaving people if the father doesn’t want to abandon his enslaved wife and children. We also hear little to nothing about parents who after they have had children, and who have murdered them on the pyre of their religion when they don’t get them treated for curable diseases. We only hear demands for “religious freedom” in those cases.

Such are the crocodile tears of a TrueChristian(tm).

19 thoughts on “Not So Polite Dinner Conversation – two questions answered”