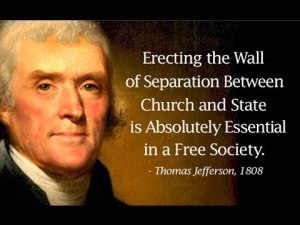 Well, I finally have some time to write a blog post. Between work, and painting, and simply being disgusted with the world, I put this off.

I did do a couple of craft shows with my alcohol ink paintings and I sold one thing on Etsy. Made back my entrance fee and then some, so I’m happy about that. I decided to start trying to sell my art since it was starting to overrun the house.

Now, back to my favorite topic, Christians behaving badly.

Here in PA, we had a particularly virulent TrueChristian™ make a scene when Rep. Borowicz tried her best to convince her god that it wasn’t her fault that the PA voters elected a woman who happens to be Muslim to the state legislature.   She gave the opening prayer at the legislature and was a wonderfully bigoted twit, ignoring her bible when it says don’t pray on street corners. She claims she prays like this “all of the time”. Sure, dear, I have no problem that you are a jackass whenever you do much of anything.

I have also been kibitzing on various blogs where a theist, usually a Christian, is making false and/or baseless claims about atheists or the universe in general. When the theist responds to a post, it’s amazing how quickly they end up attacking their fellow Christians, when I point out how much they don’t agree. For a religion of supposedly “billions”, they show quite definitely that Christianity isn’t one religion but many very small ones. I had one fellow “Triggerman” insist that Baptists aren’t Christians by definition “A Christian can be a Baptist, just like a Christian can be a Methodist, or a Presbyterian or a Catholic or even a Pentecostal or a non-denom. However, just being a Baptist, etc, doesn’t make anyone a Christian.”, that Catholics aren’t Christians at all and that Christians who don’t agree with his version are “Free to think whatever they want and impose all of the FALSE standards they want to.” Tsk. I asked poor TM how does his god choose who to damn and who to allow to believe in this god if not randomly. It’s always fun to watch them insist that they do know but when it comes to saying how, there’s not an answer to be had except an attempt to redefine the word “random”.

A friend has a new website up with the more vile words of a Christian I’ve also crossed swords with, John Branyan. You can find it here. It is holding Christians accountable for their claims and beliefs.

I also found Caroline again, a Christian who has occasionally shown up (just search “caroline” in the search box in the upper right to see all of the instances) on this blog, making her usual false claims about morality and how great her morality is. She is a great example of someone using about ever poor apologist bit of nonsense in her arguments. There are no comments allows on her blog if you don’t agree with her (though she has let me post in the past), but I did happen to find her on facebook. Again, it ended up with her not answering some very basic questions: “why is objective morality “better” than subjective morality” and “why is stealing from someone wrong?”. My comments still there if you are interested (you’ll see posts from Jane R., that’s me). I find it very funny that she calls herself “friendlier theist” there. This comes from a theist who said this to me “Enjoy your Godless life…while you can.” She claimed to be arguing just for “theism” and not Christianity.

This attempt to move goalposts isn’t a new thing at all. It’s nothing new that Christians claim that those other Christians aren’t really Christians at all. There is not one new bit of evidence to support the existence of any of the billions of versions of the Christian god nor for any other god. It’s the same old arguments. The most recent one might be the argument from complexity, and that’s only because we could start to see that complexity. The rest, the early church fathers would recognize.

With Easter coming up, a lunar and fertility holiday that moves all around thanks to other religion’s beliefs, we see again that it’s been 2000+ years and still nothing has changed. No miracles, no baptized believers in JC as savior doing miracles as promised, no elders of the church doing miracles, no JC descending from the clouds in his end times return. Just lots of failed stories and baseless claims. And no god serving as back up to a lot of incompetent apologists. People ask, why do I bother? Well, I don’t like liars and I don’t like people who think it’s their right to harm people in trying to take away their ability to make an informed decision.

360 thoughts on “Not So Polite Dinner Conversation – Moving the goalposts, prayer as a weapon, ignoring questions and the usual theist nonsense”