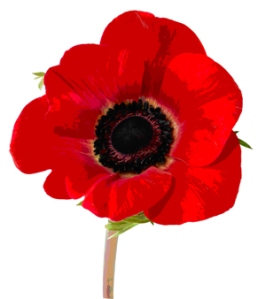 I had the amusement and bemusement of being on a Romney campaign phone “town hall” the evening of July 3rd, around 7 PM about veterans’ affairs.  I guess since my husband is a veteran, we were on the robocall list.  Knowing how badly another call went for the Romney campaign, I couldn’t resist participating.  Two former Secretaries of the VA were, Nicholson and Principi (both serving under President George W. Bush. The others were Mansfield (acting) and Lt.General Peake) were on the call and some campaign functionary named Josh.  I was unsurprised how they tried to blame Obama for the problems *they* created, with un-needed wars that had no planning for dealing with such numbers of wounded (hmmm, there was no planning of any sort so why be surprised about this particular lack, eh?) and with their eternal attempts to balance the budget on the backs of everyone but the rich.  The current backlog of cases didn’t just magically appear nor did the lack of services suddenly arise.  It’s a shame when supposedly honorable people have to lie and do it so badly. It does show a lack of respect and an assumption of stupidity or ignorance.

It was also pretty funny to hear one of them (can’t remember which one) declare that the election will be a “knife fight” with those people from Chicago.   I did enter the queue to ask a question, unfortunately it was rather obvious that they were intensely screening the caller’s questions.  I would have asked:

“Secretary Principi, Secretary Nicholson and Josh, give me one *single* concrete example of one of Mr. Romney’s plans for the VA.  And tell me how he’s going to fund it.”

The questions asked (and again I wasn’t on for all of the call, only for the first 30 minutes or so) were questions on how to fix the unemployment situation for vets and every single answer was pathetically vague, not one actual plan mentioned at all.  Only claims that the problem needs to be studied, that really for honest and true Romney has a plan (none mentioned of course) and of course the de rigueur claims that Romney has created so many jobs.  Funny how that’s not exactly true either, not from the standpoint of those Bain Capital put out of work. The Secretaries also repeated the nonsense that the current administration wants to weaken the current military and wants to cut military spending (who really does: well those who put it in the budget as a way to get some compromise on spending and taxes.  And here’s another article about how the Pentagon has cut its budget and of course the party that says “listen to the generals”  doesn’t want to and Paul Ryan claiming that the general are evidently lying. ).  Golly, this administration that wants to send drones all over the place?  It seems that the GOP/TP wants to play pretend that they can cut taxes on the wealthy and then magically have enough money to support a large military and the veterans from it.

All of that “pork” for legislators to bring back to their districts and keep their jobs, and all of those military contracts for their supporters are also evidently too hard to resist.  But there ain’t no such thing as a free lunch (the TANSTAAFL principle  And no, I’m not a Libertarian or Republican or Democrat, etc).  Romney, and Obama for that matter, should remember this.

Here’s some interesting bits about the former secretaries “California company headed by former Veterans Affairs Secretary Anthony J. Principi overcharged the agency some $6 million under a long-term contract to conduct physical evaluations on veterans applying for disability benefits” in a recent government audit.”  Just the kind of person you want to be claiming that the VA is doing things “wrong”, when they trusted him and he was found less than honest, right? 🙂  Nicholson doesn’t seem much better (incidentally, the Walter Reed Army Hospital scandal broke during his tenure but the WRAH is not a VA hospital; it’s run by the Pentagon). He voted against measures to streamline the claims process and to cut funding for medical professionals and has made interesting comments about vets who don’t get their benefits. More quotes about his tenure here.  It doesn’t seem that either of them actually care much about the veterans.

Now, if *you* do care about veterans, contact your Congressman and Senator and tell them to get on the stick to fix the broken system.  No more playing games on trying to force their personal beliefs down everyone’s throat by attaching ridiculous amendments to otherwise necessary bills, no more attempts at making women and people who aren’t “white enough” second class citizens, it’s time to get something useful and humane done.

It is a shame that both campaigns are often less then truthful.  It’s up to every American citizen to hold them accountable. It’s your right *and* your duty.