Skip to content
clubschadenfreude not so polite dinner conversation, What the Boss likes June 5, 2016June 5, 2016 6 Minutes

We are back from the Reason Rally 2016 which was June 4th.    The weather wasn’t looking to promising as we drove down from Harrisburg, low clouds and drizzle, and I was dreading another repeat of 2012.  But once we got there the sky lifted with high clouds, and later in the day, the sun peaked out. 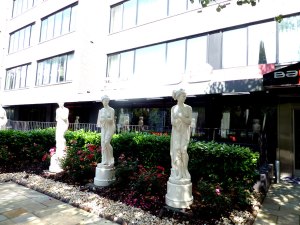 Since it’s hard to go to DC and not want to look at other things, after we got settled in our hotel (Rouge Hotel, part of the wonderful Kimpton Group; they don’t put holy books in the rooms, and they welcome pets), we headed for the National Mall.  I had wanted to see the National Air and Space Museum and the American Indian Museum, but hadn’t realized that things had changed I bit since I was last there.  Now there are lines for security review and *then* you can enter.  So, we did the American Indian Museum, had lunch at the Mitisam café (fry bread with chili) and headed down to the Rally.

Holy crap, I had forgotten just how busy the Mall is, and the zillions of busses.   They were also having a run/walk for Parkinson’s Disease which was utterly screwing up traffic.  I was so glad to know I had a hotel room to go back to, rather than having to drive home that evening.

So we set out walking the approximately 1 and a half mile to the Lincoln Memorial.  I didn’t bother taking many photos of the usual things, the various SI museums, the Washington Monument, etc.  Frankly I’m not much of a photographer, and as you may be able to tell, there evidently was a slight smudge in the center of my lens because things tend to get the fuzzy filter effect right there.  Sigh…..

As we made it past the Washington Monument, we saw our first Christians, who were haranguing anyone who was near by.  What utter jackasses who were there only to bother people and get attention for themselves.  Funny how JC himself said that screaming one’s beliefs on a street corner wasn’t the way to go.  And then we had the complete idiots who were screaming about how bad technology was and all using that technology that projects their voices.  Ah, nothing like hypocrisy.   They were very careful to not collect together.  We did see good ol’ Ray “Banana Man” Comfort’s minions with their handouts for Ray’s new movie, a little number called “The Atheist Delusion”.   No books or gift cards to be seen.  I’m almost sure that I saw Comfort, but I’m not sure if he was supposed to be there or not.  I do wonder how sadly he’ll lie about atheist in his movie and how he’ll try to twist whatever footage he supposedly took.   But we can always expect a good lie from Ray.  There were plenty of veterans around of various ages since this area has the WWII memorial, Korean War Memorial and the Vietnam War Memorial.  Plenty of wheelchairs and crutches, not to mention the unseen wounds. Still no reports of healings by Christians as promised by the bible.  I guess it was more important to make noise than help people.  Walter Reed Army Medical Center was only 6 mile away right up 16th street, but still nothing.

I did watch the trailer for movie (oh the things I do for my readers 🙂  ) .   As usual, we have Christians using the only things that they have:  fear (of death) and ignorance.    Now, we have lots of quotes from atheists, and the last is “I’m lying to myself.”  Funny how the quote ends abruptly and doesn’t say what the speaker is lying to himself about or what the question was that the speaker was asked to respond that way.   Now, if he was lying to himself about science, evolution, or atheism, they would have left the quote go on, but they don’t.

It’s also telling that the only people that he can get to give a good review is Matt Barber, a writer for the news site for conspiracy theorists WND(World Net Daily),  Kevin Sorbo, the fellow who stars in movies like “God is not Dead” which are nothing but attempts to bear false witness against anyone who doesn’t agree with them, Chad  Williams   a former US Navy SEAL (funny how SEALS and JC’s pacifism don’t exactly go together) and last, but not least. Barbara Cameron. Yep, he had to get Kirk‘s mom to put in a good word for his book.     For claiming that this is Ken’s masterpiece,  one would wonder why the thing he did before aren’t masterpieces because he appears to be doing nothing new now.  We still get the lies about intelligent design.  I wonder if the banana will make an appearance again.  One can get an overview of what Comfort claims to get a preview of what will likely be seen in this new movie at the rational wiki site.  I think I may create a bingo card to use when watching the movie.

Here’s a poor fellow who has no one caring he’s ignoring the words of his supposed savior: 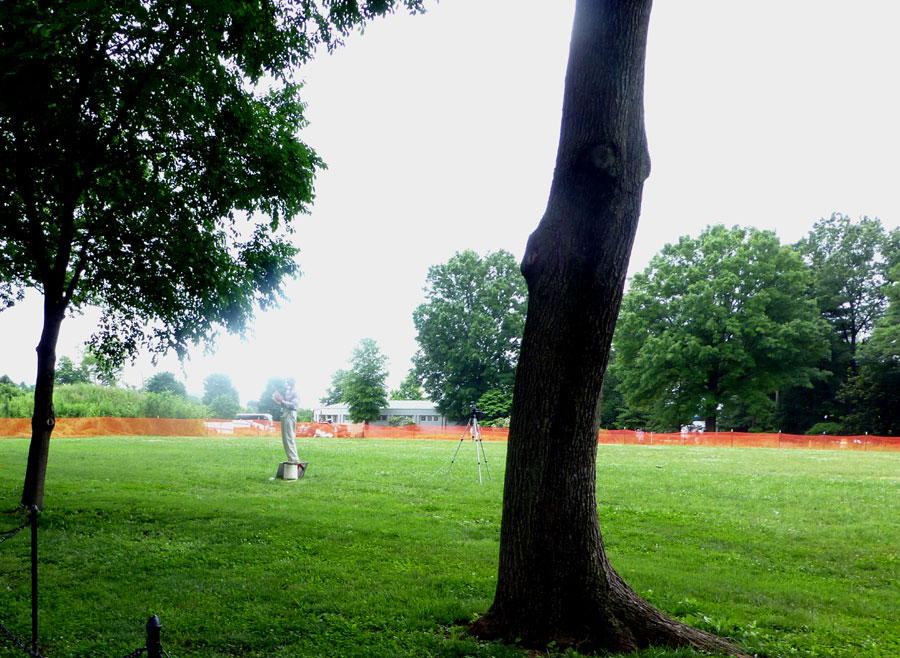 We finally got to the Lincoln memorial, and got there right around when Penn Jillett was on.   His special guest was a young woman from a South American country who was on some type of talent tv show.  The story was that she sang, did very well, and then the judges asked her if she believed in God.  She said she did not, and then they harangued her.   She dealt with their words elegantly and honorably.   I think I’d have been less noble.   She sang “No Martyrs, No Saints” with Penn in Spanish and in English.   There was a good speech from James Randi about how harmful woo is in medicine,  Maryam Namazie did her usual good job, Rep. Bobby Scott gave a elegant speech about freedom from religion and the Fab Four was a good musical interlude (of course they played “Imagine”).   We spent about 3 hours there and then my husband’s legs and knees were just about done with sitting and walking.  So we headed back to the hotel.    Later that evening we ate at Rasika, an Indian restaurant with some curious reinterpretations of the food.  The lamb xacuti was good, though had a large amount of cinnamon in it, I had a lobster dish with cashew milk and I think saffron.  The naan bread was fantastic, and we had two cocktails.  Mine had quite a mix of beet juice, crème de violette, Sailor Jerry’s rum, and lime. Weird as that sounds, it was great and a lovely color.  My husband’s was passion fruit ginger liqueur and sparkling wine. The only bad thing is that the restaurant was noisy.  I wish places would think about sound control when they decide to make every surface hard.   If I can’t hear my husband across the table, there’s something you need to fix.

In some of the photos it’s hard to tell how many people are there since most people are under the trees in the shade.(I have yet to hear a count.)  They had several big screens so everyone could see well, and two big tents, one full of organizations and the other the family area and the donation area.  The crowd was a lot more diverse that I would have thought.  It certainly wasn’t all Caucasian.  There were families (one group thought my husband’s three sloth moon tshirt was awesome), young people of all skin colors (I liked the “don’t be afraid, I’m an educated black woman tshirt), etc.  The whiners that the rally was going to be unacceptable to them weren’t there. Oh well.  I’ll take a group of 10,000 rather than have a group of 20,000 and that extra 10,000 sure that I’m less of a human than they are because I’m a woman and that I might be concerned about things other than they are.

The following photos are of the rally and then just some cool things I took photos of.

And one addition.    I saw these crazy golden spires above the trees coming home on 495.

The second biggest waste of money and resources by the Church of Latter Day Saints.

Always good to know that it’s far more important to do this than help people.  Looks like some of the stuff in Kazazhstan.