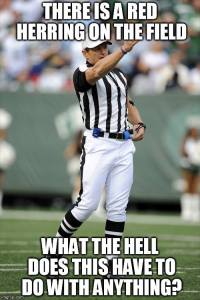 A rather silly Christian had the below on their blog.  This is a Christian who is also sure that essential oils do magic and that zyto scanning machines work.  They work as well as the e-meter that Scientologists use to look at your alien ghosts that are attached to you aka not at all.  The FDA caught the company in lie after lie.

But let’s get to the what the Christian wants to claim.

“An atheist was seated next to a little girl on an airplane and he tirned to her and said, “Do you want to talk? Flights go quicker if you strike up a conversation with your fellow passenger.”

The little girl, who had just started to read a book, replied to the total stranger, “What would you like to talk about?”

Oh, I don’t know,” said the atheist. “How about why there is no God, or no Heaven or Hell, or no life after death?” as he smiled smugly.

“OK” she said. Those could be interesting topics but let me ask you a question first. A horse, a cow and a deer all eat the same stuff – grass. Yet a deer excretes little pellets, while a cow turns ou a flat patty, but a horse produces clumps. Why do you suppose that is?”

The atheist, visibly surprised by the little girl’s intelligence, thinks about it and says, Hmmm, I have no idea.”

To which the little girl replies, “Do you really feel qualified to dicuss God, Heaven and Hell, or life after death, when you don’t know crap?”

And then she went back to reading her book.”

A certain type of Christian is very afraid of atheists, because they have discovered that atheists don’t need their god, or perhaps more importantly, them.   They end up with really poor “stories” like this to attack atheists.

Now, asking a little girl about god is rather silly and is an attempt to make an atheist look arrogant and not just a little bit stupid.

Then we have the need for scatological humor and the need to pretend that this little girl would know anything about poop from animals.  Now, little girls might know about dinosaurs so how about we go with that?  If we present it this way, it doesn’t sound as clever as the theist wants it to:   ““OK” she said. Those could be interesting topics but let me ask you a question first.  A Stegasaurus stenops, a Gryposaurus notabilis  and a Psittacosaurus mongoliensis are all part of the order Ornithischia, but how are they different?”  It’s is easier to see the attempt to drop nonsense into the discussion as a means of avoidance and no “crap” needed.

In any case, we have the classic theist attempt at an argument, which is nothing more than a logical fallacy, that one has to know about poop to know about religion.  Which, of course, rather inadvertently does make a point. 🙂

This is what some Christians need, a poor argument so they don’t have to discuss their religion with someone who doesn’t agree with them.